Safe in the Love of God 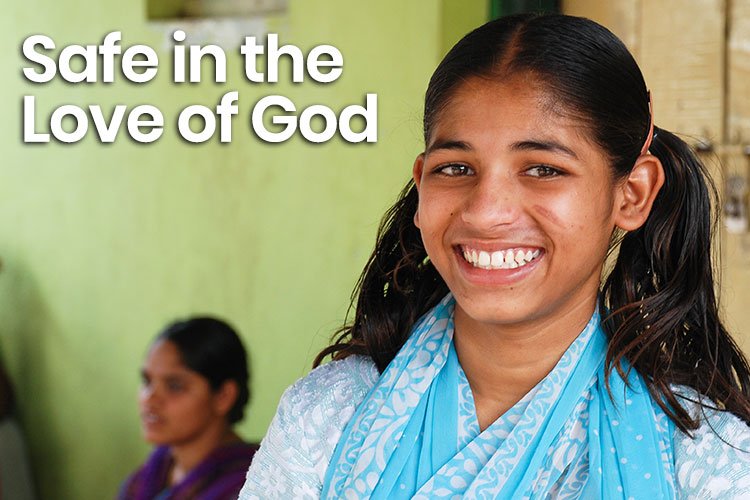 In many parts of the world the choice to openly follow God is not an easy one. That was certainly the case for Anya.

At home, Anya’s older sister, Varsha noticed that Anya was unenthusiastic about performing Hindu rituals. When she asked what was going on, Anya told her about Jesus. Shocked, Varsha immediately told her parents and Anya was beaten.

But Anya refused to give up her faith in Christ.

Secretly Anya continued to meet with Preeti. They prayed together for Anya’s life, her family, and her studies. When her grades drastically improved, Varsha, wanted to know the secret behind Anya’s sudden success. Anya told Varsha that Jesus had answered her prayers to improve in school.

Curious, Varsha wanted to meet Preeti. As Preeti shared the Gospel, Varsha was touched by the love of Christ and received him as her Saviour. The two sisters began praying for their family’s salvation and stopped worshipping idols.

When their father found out, he brutally beat the girls and warned them to stay away from church.

Today, Anya and Varsha are standing strong and growing in Christ. Please pray for these sisters and that their family would come to know Christ.

Only 6% of the 1.24 billion people living in India are Christian. For many, the choice to convert to Christianity can come with a high cost and it is only through the strength of Christ that new believers are able to pay that price like Anya and Varsha did.

Together with local partners, Bible League Canada is training church planters who will reach their own families and communities despite the risks.