Prayer in the Face of Persecution

Prayer in the Face of Persecution

After hearing the Gospel from a local champion named Etasa, Wimal and her family received Jesus into their lives. Their new relationship with Christ did not go unnoticed and it quickly ignited local hostilities as their entire village turned against them.

Without access to their rations, Wimal and her family had no subsidized food, no electricity or water, and local shopkeepers refused to sell them anything. At night, villagers threw snakes, stones, and dead animals on their house. Such persecution has been on the rise in India in recent years with 2017 being one of the worst years for persecution aimed at Christians. In spite of the ongoing attacks, Wimal’s family was not willing to leave their faith in Christ. Instead, this family of new believers turned to God praying and trusting that He would save their lives. 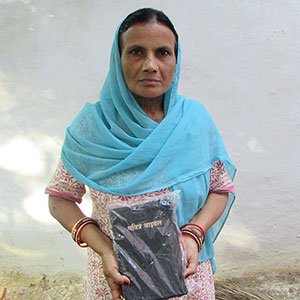 The family began to visit Etasa in another village where they listened to him speak about the Gospel, and the entire congregation prayed for their safety. Encouraged, the family continued to praise God.

After three months of attacks and restrictions, the village elders held a meeting and decided to allow Wimal and her family to be supplied with electricity and their other rations again.

The villagers often wondered how the family could withstand the pressure and continue to stand for Christ. They are amazed that the family’s needs continued to be met in spite of local restrictions designed to deny them the things they needed most in an effort to force them to renounce Christ.

Wimal and her family are less surprised and instead see this as a miracle from Jesus. Wimal shares, “We could bear all this for Christ’s sake.”

It is only natural that we, as fellow believers, would be passionately concerned for the sufferings of our brothers and sisters around in the world. The Apostle Paul often expressed the need for believers to support brothers and sisters facing persecution — and with your help, we are doing just that.