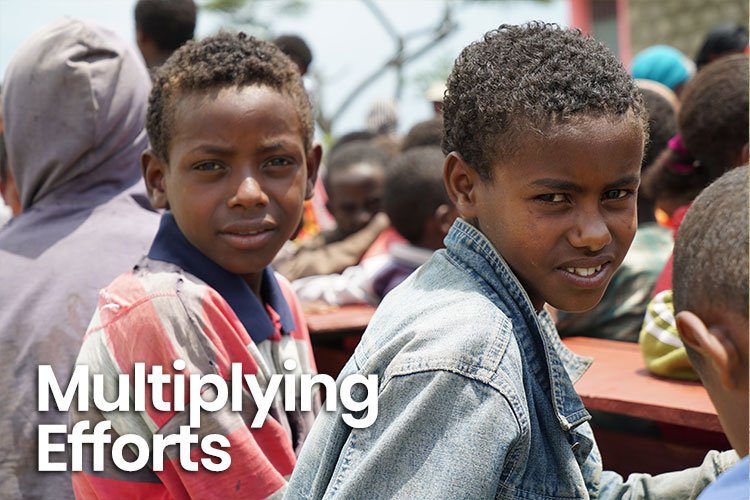 Tigist went to a church in Micha, Ethiopia for help. Dirty, with barely enough clothing to cover her 12-year-old body, she had lost her mother when she was three years old and her father when she was six and now she was an orphan living in poverty and unable to attend school.

Tigist began attending church and became a follower of Jesus Christ as her Saviour. She took part in their children’s programs where she felt loved and accepted despite her outward appearance. At the programs, Tigist was introduced to Jesus and last year she was baptized.

Now living with her uncle, Tigist has new hope in Jesus. She attends school and is a good student. She has clean clothes and takes care of her appearance. Tigist loves God’s Word and enjoys learning the stories of the Bible.

Approximately, 44% of the population in Ethiopia is under 15 years old—compared to 16% in that age group in Canada. Of the country’s 90 million people, 4%, or 4.5 million, are orphans under the age of 18. Their parents died of AIDS, untreated illnesses, hunger, drought, and war.

Though materially poor, Ethiopia has a strong Christian church that matured during dark years of war and suffering under cruel foreign and domestic political leaders. To multiply the efforts of the Ethiopian church, Bible League Canada is working with local Christian leaders to train children’s workers to share God’s love with orphans like Tigist and other youth.