Forgotten But Not Lost

Forgotten But Not Lost

There is a long-forgotten village in Bulgaria that was once composed predominantly of Christians. The community had experienced a vibrant period of revival during the 1990’s and was the picture of a healthy Christian town.

When Bible League Canada’s local champions visited this village, they were excited to engage with a local community of Christians. Their excitement turned to shock when they discovered that the entire town had begun following Islam. 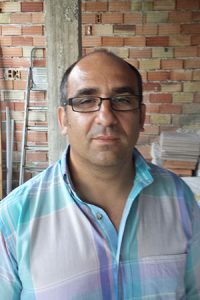 Every family in the village professed to be followers of Islam, every family but one. In this small village in Bulgaria, a man by the name of Matthew, and his family, have bravely chosen to take a stand for Christ.

Matthew grew up surrounded by other believers. His father was a devout Christian and they hosted Bible studies at their home and were involved in various church activities while he was younger. Eventually, Matthew’s father passed away and circumstances led many of the town’s inhabitants to emigrate elsewhere. Christianity, it seemed, had left the village behind.

Matthew was alone and bewildered. He began attending the local mosque in a quest to rediscover the God of his youth. As God would have it, Matthew met a woman who believed in Jesus and they were soon married. That is when the real process of discovery and internal change began to take place in Matthew.

Matthew found that he could relate more to the person of Jesus Christ than to anything he was taught in Islam. Hidden in plain sight, he began to cry out to Jesus during his prayers at the mosque. For many years both he and his wife prayed to Jesus and studied the Bible together in secret, afraid that they were the only Christians around.

Not wanting to live in fear, Matthew found the courage to publicly announce his decision to stop attending mosque and was quickly connected with local champions partnering with Bible League Canada.

Since his announcement, Matthew and his wife have been attending regular Bible studies and training seminars for starting new churches. Thanks to their steadfast faith and perseverance their village may become the site of a new Christian church, and Lord willing, the centre of another revival.