Finding Hope and Joy in the Lord

Finding Hope and Joy in the Lord

Helena, a 36-year-old mother from Horlivka, Ukraine, was forced to leave her home and live temporarily in the city of Bakhmut because of the war in Donbass. She is an earnest believer in God’s love and has a powerful story. “God has changed my life,” she says.

Helena grew up in a typical Soviet family. She got married and had two sons who are now seven and 11-years-old. Tragically, during the conflict, her husband was killed. She was left to try to live her life and raise her children alone. 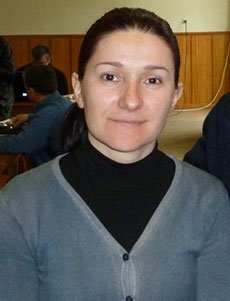 But then, one day, the hope of God appeared, and it was life-changing. One of Helena’s landlords told her that refugees in Bakhmut were being helped by local Christians. While receiving assistance with food, clothing, and simple conversations about God’s love, Helena became a believer.

Soon, she was invited to small Bible study meetings. She met one of Bible League Canada’s local Ukrainian champions, Alexey. “During the Bible studies I discovered for myself God and His love,” she says. “I found out about His commandments and I realized that my life was not pleasing to God.”

“During one of our meetings I prayed and asked for God to forgive me for all the things I had done wrong in my life,” she continues. “Since that time my life has changed.” Helena now has friends who support her through prayer. Through her family in Christ, she has found work and a new place to live.

But it hasn’t been easy.

Helena is starting to experience persecution for her faith for the first time. At work, one of Helena’s coworkers learned that Helena was now a Christian, so she started to spread gossip about her. “She did this because she hates believers,” says Helena. “She was eagerly hoping I would be fired.”

For a while, Helena was unsure why the rest of her coworkers attitudes toward her had changed. Everyone was avoiding her. She couldn’t quit her job, with two kids at home who needed to eat, to be clothed, and to have a roof over their heads.

“I prayed to God for help and patience,” she says. Soon, her manager figured out what was going on and dismissed the woman who was spreading the gossip about Helena.

Even through the negativity in Helena’s life, the hope of Christ keeps reappearing. After Helena became a believer, her mother-in-law started to communicate with her once again. She has been coming to visit Helena and her sons. During the last couple of visits she has even attended Bible study meetings and church services with Helena and her boys.

“I am convinced that, even in the difficulties, God is not abandoning me and my children,” Helena exclaims. “I believe I can serve Him with joy always!”