As a young adult growing up in North Macedonia, Braden saw Christianity as a set of rules listing activities that were off-limits.

Braden was a musician who enjoyed partying. His whole world seemed to clash with religion. “My goal was to find the things that delivered the most satisfaction,” he says. “So, I dove into alcohol and drugs. Eventually, I was offered heroin. I gladly took it.” Soon, heroin was a major part of Braden’s life.

“In the beginning,” he says, “the satisfaction from the heroin was good. I liked it. But as time went on, that satisfaction slowly started to diminish.” He became a slave to the drug. If he didn’t use it, he experienced intense withdrawal symptoms, with aches and pains throughout his body. The life that he thought was pure freedom began to close in on him. 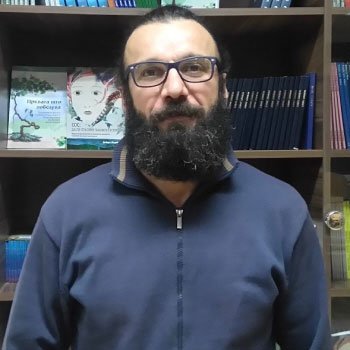 One night, a friend of Braden’s told him that Jesus could free him from the chains of heroin addiction. “I accepted the challenge,” he says. “I threw away the heroin I had for the next morning and waited to see what would happen. When I woke up the following morning, I had a feeling that my whole past life of drugs was just like a bad dream. That night I went to church and was transformed by the love of Jesus!”

But complete freedom from heroin would take an entire decade. At one very low point, Braden asked God to end his life. He was exhausted from battling his addiction. He cried out to God for help. “Then something happened in me,” he says. “Slowly, I stopped using drugs.” Braden has trouble describing the feeling of God’s presence, but he likens it to a loving hug that radiates through his entire body.

Braden moved, got married and had children. Life was still filled with many problems, like unemployment and serious medical issues. “There were days when we literally didn’t have a single coin,” Braden says. “But God never left us hungry. Each problem was solved with prayer.”