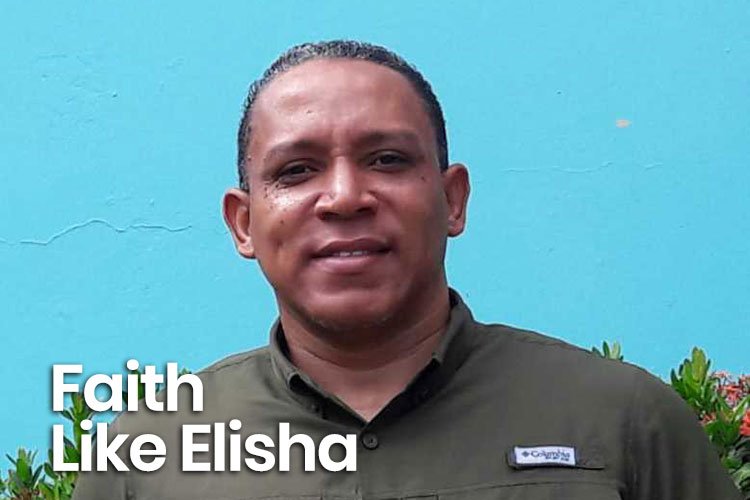 Though Panama has a strong Christian influence — 67% of the population are Catholic and 21% are affiliated with the Protestant church — nominalism is widespread. There are also a growing number of Jehovah’s Witnesses, Mormons, and Muslims.

With Panama’s proximity to Colombia, drug cartels and corruption are also a problem. Traditional morality is eroding as divorce, domestic violence, substance abuse, and the number of children born to unwed parents increases. For the most part, the church has not been successful in engaging youth as teens and young adults are being lost to drugs and gangs.

Despite these challenges, there is hope in Panama. Evangelical churches continue to grow in this strategically located Central American country.

Through our local partners in Panama, Bible League Canada is helping to equip and strengthen the Panamanian body of Christ as we train workers to share the Word of God. God is using trained Christian leaders like William and Lilando to reach youth and to impact their community for Christ.

A few years ago when his church plant was just getting started, Pastor William was at a beach with a group of youth. Nineteen-year-old Gilberto was playing tag with some other boys, diving into the water. The third time Gilberto dove in, he cramped up and could not move. He began to sink into a deep, underwater hole. “Gilberto’s not coming up,” the other boys shouted to Pastor William. The pastor dove into the water but couldn’t see the teen. He dove twice before he spotted Gilberto’s white shirt.

When William dragged the boy onto the rocks, there was no sign of life. Soon emergency medical workers arrived and tried for ten minutes to resuscitate the boy, but to no avail. Finally, they told the pastor that the boy was dead.

Pastor William thought immediately about the story of Elisha raising the son of the Shunammite woman from the dead in 2 Kings 4. William’s co-worker, Pastor Lilando asked people to pray for the boy’s family as he went to tell them what had happened to their son.

Just like in the Bible story, Pastor William placed himself over Gilberto and prayed, “God, you can’t let this happen. This church just started and if this boy is not raised from the dead, it will harm Your church and Your good name.” For ten minutes he cried out to God while lying on Gilberto. Finally, Gilberto began to breathe and immediately he stood up.

The police wanted to bring Pastor Lilando in for questioning about the death, but he told them that the boy was alive. The police refused to believe it until Pastor Lilando showed Gilberto to them.

The police instructed the church leaders to take Gilberto to see a doctor. Amazingly, the doctor examined Gilberto and said that there was no need for him to be hospitalized or under medical care!

Had the Lord not answered Pastor William’s prayer that new church may have been forced to close its doors but thanks to God’s intervening power the church continues to grow and have a positive impact on its community.